LeRoy Neiman was born in Saint Paul, Minnesota, on June 8, 1921, to Lydia Serline and Charles Runquist. When LeRoy was five years old, his father left, abandoning the family. Taking the last name of Lydia’s second husband, John Neiman, LeRoy grew up in Saint Paul’s hardscrabble, blue-collar neighborhood of Frog Town. He showed an early knack for drawing—and selling. Creating posters for local merchants to advertise their store sales, LeRoy peddled his work for a nickel apiece. He picked up extra change by drawing ink tattoos on the forearms of his schoolmates.

Leaving Saint Paul for the U.S. Army, Neiman worked as an army cook, painted sets for Red Cross shows, and created bawdy murals on the walls of World War II mess halls. For a period, he went AWOL falling in love with an older woman and living with her in Eupen, Belgium. Eventually, he left the Army with an honorable discharge.

Thanks to the G.I. Bill, Neiman pulled together enough money to study at the Saint Paul School of Art and the School of The Art Institute of Chicago (SAIC). At SAIC, in a class of 1950 that was rife with talent, Neiman studied alongside Robert Clark (who later changed his last name to Indiana) and Leon Golub.

Neiman spent a decade after his graduation teaching figure drawing and fashion illustration at SAIC. Meanwhile, he entered his paintings in regional competitions—and found quick success. In 1953, his Idle Boats won first prize for oil painting at the Twin City Show. The Minneapolis Art Institute bought the painting. And Neiman’s stature grew briskly as other prestigious museums—the Corcoran Gallery of Art in Washington, D.C., the Art Institute of Chicago, and the Carnegie Pittsburgh International Exhibition of Contemporary Painting—acquired other pieces of his work.

In 1954, along came a break that altered Neiman’s career. While doing fashion illustrations for retailer Carson Pirie Scott, he met not only his future bride Janet Byrne, but also Hugh Hefner, a copywriter for the department store chain who had also just launched a new men’s magazine. This magazine, called Playboy, featured nearly nude women, serious journalism, and fiction. Hefner commissioned an illustration from Neiman for a short story—which turned out to win the Chicago Art Directors Award. In 1957, the same year Neiman married Janet, he created what became an enduring iconic logo for Playboy: the Femlin. This was a mischievous-looking, saucy, sexy female sprite, or gremlin, clothed only in opera gloves, stockings, and high heels. She was, ironically, a champion of women’s rights. 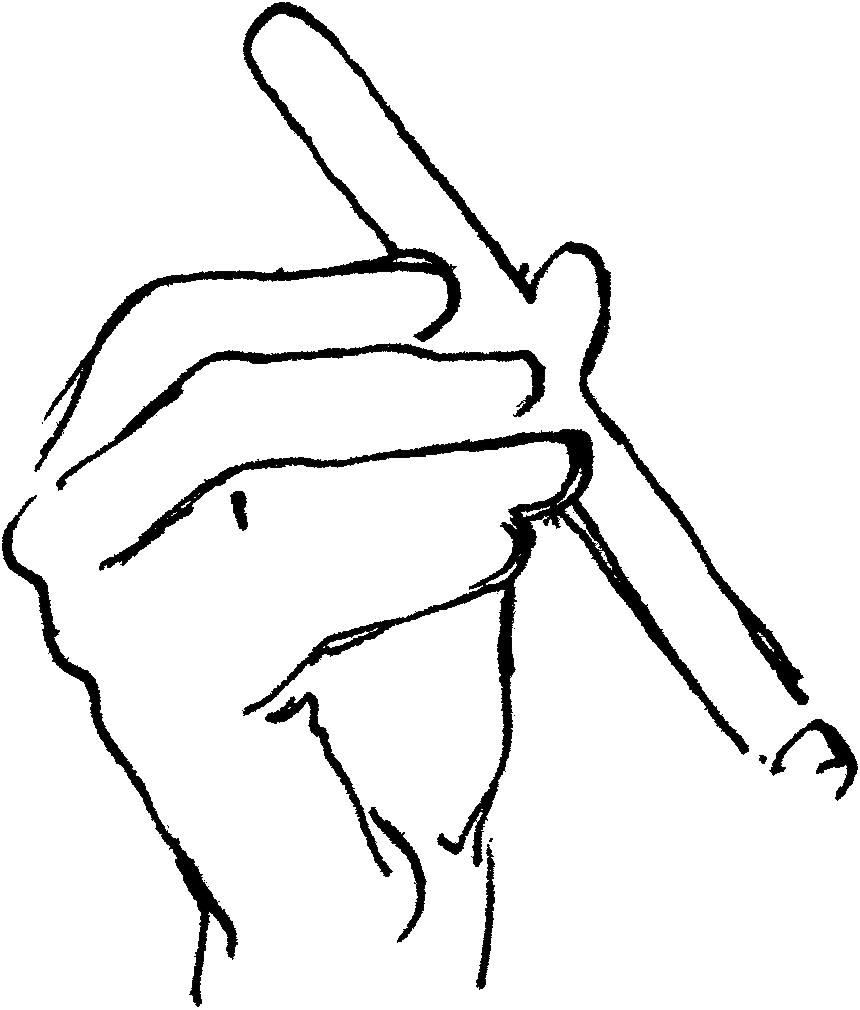 “Playboy made the good life a reality for me and made it the subject matter of my paintings—not affluence and luxury, as such, but joie de vivre itself.”

So began a partnership for Neiman that lasted 50 years. For 15 years starting in 1958, he wrote and illustrated “Man at His Leisure,” a Playboy column that took readers to exotic playgrounds of captains of industry, overlords of vice, and others in the global moneyed set. He traveled far and wide, and he worked furiously to cement his place as a world-renowned artist. In the early 1960s, Neiman lived in Paris and traveled often to Deauville, the French seaside resort town, to paint people in the swirl of the social season. He also painted seaside life in the French Riviera, and visited Venice and Rome, eventually coming home to paint a series for the Indianapolis 500. Back in America, Neiman settled into a New York City studio that became his main workplace for the next half century. Through the decades, he painted countless major figures in the arts, politics, and sports. One of his most famous sports subjects, Muhammad Ali, became a lifelong friend. Neiman became the athletic world’s most renowned artist as he took his brush to capture the throbbing competition in basketball, boxing, hockey, gymnastics, swimming, cycling, shotput, billiards, and more.

Neiman portrayed life as a series of epic moments, alive with palpable drama, and enacted on a world stage by the greatest athletes and entertainers. He did pre-fight sketches for the first Muhammed Ali-Joe Frazier bout for The New York Times Magazine. But Neiman owed his increasing worldwide renown to television. He not only made art available to the masses via TV; he helped to demystify art for everyone who saw his work. Named the official artist of the Olympiad in 1972, he held that role through five Olympics. His al fresco paintings of the Olympic competitions made his art visible to millions of people. And his TV appearances—donning his handlebar mustache and his waving ever-present Cuban cigar—made Neiman a media showman and one of the world’s most famous living artists.

“I created LeRoy Neiman. Nobody else told me how to do it. Well, I’m a believer in the theory that the artist is as important as his work.”

From the late 1960s on, Neiman had a seemingly never-ending string of commissions. The Kirov and Bolshoi Ballet in Russia hired him to paint their dancers. The New York Jets made him their Artist-in-Residence (and a recognizable character on the sidelines of NFL games). With his brush, he captured the drama of the 1968 Democratic National Convention and the 1972 Bobby Fischer-Boris Spassky World Chess Championship (which brought the title to the U.S. for the first time). Neiman also painted Broadway show sets, illustrated album covers, and created posters for big events such as the Newport Jazz Festival, the Goodwill Games, and the Super Bowl.

“For an artist, watching a [Joe] Namath throw a football, or a Willie Mays hit a baseball is an experience far more overpowering than painting a beautiful woman or leading political figure.” 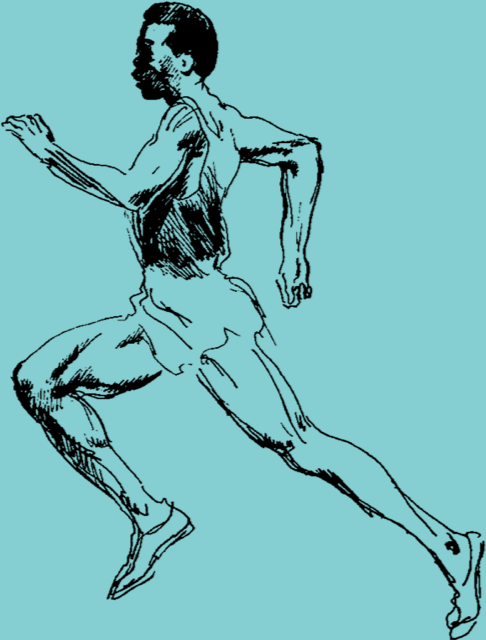 In 1986, Neiman and his wife, Janet Byrne Neiman, created the LeRoy Neiman Foundation to fund programs supporting and advancing arts education. Through their foundation, they created the LeRoy Neiman Center for Print Studies at Columbia University’s School of the Arts, the LeRoy Neiman Center for Study of American Culture and Society at UCLA, and a UCLA LeRoy Neiman scholarship. Just as Neiman’s art was for all people—a global audience that stretched far beyond the traditional art elite—Neiman wanted his philanthropy to reach the disadvantaged. He began partnering with various arts education organizations to support young artists. In 2011, one year before he died, UCLA opened the LeRoy Neiman Student Center—an appropriate tribute for an artist who educated the world. By the end of his life, Neiman had painted on five continents and chronicled global culture via thousands of paintings, drawings, and prints. His legacy endures not only in museums and galleries and auction catalogues, but also in the education programs he created to inspire young artists and the community centers he funded to give children safe places to play and create.

—Written by the LeRoy Neiman and Janet Byrne Neiman Foundation

“When I saw the world up close enough to paint its brash, brassy life of conspicuous consumption, I never lost sight of what it looked like from the bottom up…Imagination comes out of not having things.” 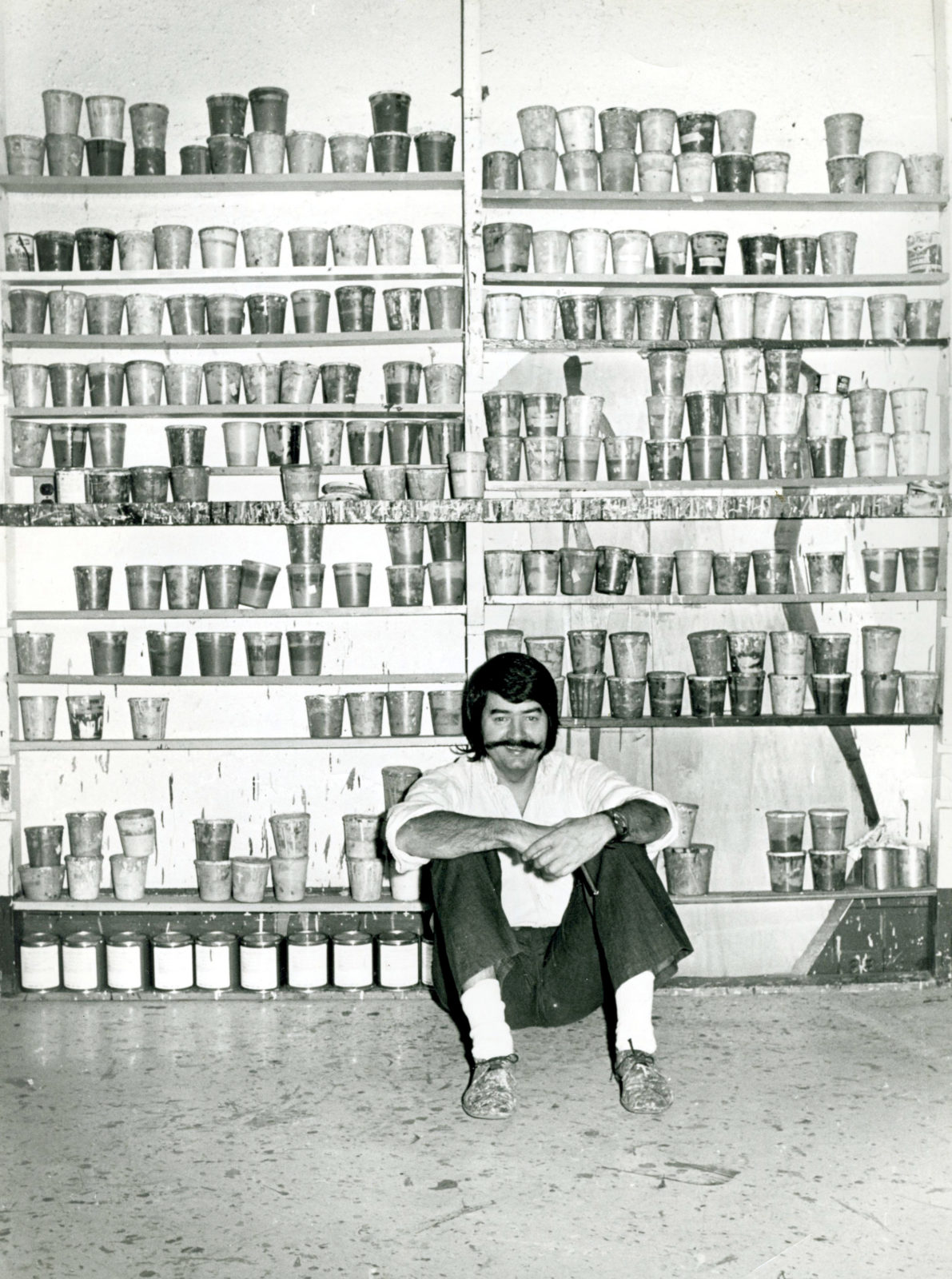 Back to Top
0
Cart